SPEAK OUT NOW BEFORE THEY COME FOR YOU!!! 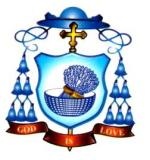 SPEAK OUT NOW BEFORE THEY COME FOR YOU!!!

When Boko Haram started in 2009, they began attacking military and police installations, we all thought it was the problem of the police and the military alone. Then they continued with the bombing of churches across the northern part of the country including the capital city Abuja. We will not forget the Christmas day bombing of St Theresa’s Catholic Church Madalla. Some saw it as a problem between Boko Haram the Christians and if you are not a Christian, there was little or no sympathy from your end.

Then they began Bombing our Mosques, at this point the silence of many got touched. Many of our Muslim friends became worried. Mosques in Maiduguri and some northern states became horrible targets. The central mosques where the Emir of Kano HRH SanusiLamidoSanusi one faithful Friday during Jumat prayers, came under heavy attack and many people lost their lives.

At this point the story has changed and like Martin Niemoller no one is left to speak for the other because all of us have now become victims.

Zamfara state have been under siege by the bandits for the past 8 years, unbelievable number of live and property have been lost due to the activities of armed bandits. Many of us are disconnected with the tragedy, because perhaps the armed bandits are attacking Muslim communities. Senator Mafara am very clear has been shouting on the roof top ever since this bandits ceased control of some parts of Zamfara. Some traditional rulers too who are directly affected have not kept silent, the Emir of Anka and chairman Zamfara State council of traditional rulers Alhaji Mohammad Ahmed CON has not remained silent on this matter.

But now we need more voices and more state holders, the situation is getting Messy by the day. Yesterday an Anglican Priest was Killed in TalataMafara along Sokoto Road. His wife and five children kidnapped. We pray for the safety of the wife and the children. Its not a religious crisis, and it shall not be turned to one by the special grace of God. But the Christian community is worried. Just like our Muslim communities have been worried and are still very worried. Its not another time to accuse our government per se, but we demand more and deserve better.

This sad incidence happened on Thursday the 7th of February between 11am to 12pm. The pastor was on transfer from Sokoto to Katsina. The bandits killed him and left his body in the car and waiting for anyone to come and claim the body and the car. The military and the police have been finding it difficult to access the scene. They have earlier battled the bandits on the same road where a good number of them suffered casualty. This is the second day and the body of the Priest is left in the car.  A while ago I called a Venerable in the Anglican Communion in Gusau to empathize with them over the sad situation. But we need more than empathy in this horrible days of carelessness towards our common human heritage.

We stand with the Anglican community at this trying moments and we call on all Nigerians, to stand up to this evil before it engulf us all.

When you think what is happening in Zamfara does not concern you, remember what Martin Niemoller said.