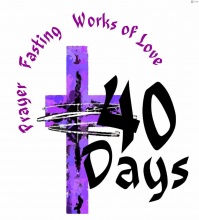 A Lenten message to the priests and laity of theCatholic  Diocese of Sokoto
By Bishop Matthew Hassan KUKAH. 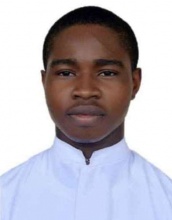 With effect from Friday 12th February2021, the residence of the Catholic Bishop Sokoto has been named Michael Nnadi house. This was done to honor the late Seminarian of Sokoto Diocese Michael Nnadi who was murdered by kidnappers in January 2020. The Catholic Bishop of Sokoto Diocese, Most Reverend Matthew Hassan Kukah announced it at the end of the Memorial Mass in honor of the late Michael today at the Holy Family Catholic Cathedral, Sokoto. Must Reverend Kukah led about forty priests and hundreds of the lay faithful to celebrate the Memorial Mass. In the homily at the Mass, Rev. Fr.

*The Holy Father Pope Francis has appointed His Lordship, Bishop Matthew Hassan Kukah, Bishop of the Diocese of Sokoto as a Member of the Dicastery for the Promotion of Human Integral Development.* The appointment was contained in a letter to Bishop Kukah dated 11th December, 2020, and signed by His Eminence, Peter Cardinal Turkson, the Prefect of the Dicastery.

Following the statement of threat made by the Muslim Solidarity Forum calling on Most Rev. Matthew Kukah, Catholic Bishop of Sokoto Diocese over a purported homily he delivered on Christmas eve, the Christian Association of Nigeria (CAN) has kicked against the call for tge Catholic Bishop to apologise for his alleged attack on Islam and Muslims or leave the Caliphate.

Pained and worry by the high level of insecurity in Nigeria, the  Catholic Bishops Conference of Nigeria CBCN, yesterday, asked President Muhammadu Buhari to listen to the cries of Nigerians over the security situation in the country.

The Catholic Bishop of Sokoto, Most Revd. Matthew Kukah, has continued his criticism of the leadership of the country, stating that the privileged few were busy looting the country dry and seeking repentance in foreign pilgrimages. Kukah also described the country as a huge wasteland, huge debris of deceit, lies, treachery, double-dealing and duplicity.

The first indigenous Catholic Bishop in Northern Nigeria died in December 2020 and he has been laid to rest at the St. Joseph Cathedral, Kaduna, Nigeria.

Many Catholic Bishops including those of the Kaduna Ecclesiastical Province which the late Archbishop led until retirement were all there.

The Order of The Knights of St. Mulumba Nigeria (KSM) has charged the Federal Government and critics to take the message of the Catholic Bishop of Sokoto Diocese, Most Reverend Matthew Hassan Kukah, as a serious piece of advice and work for the collective security of the country.

Kukahsiya: Interrogating “A Rabble-Rouser” And His Christmas Message! 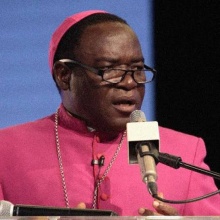 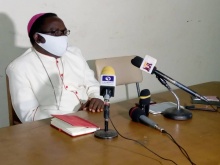 All those critical of the Christmas message of the Catholic Bishop of Sokoto, Most Reverend Matthew Hassan Kukah, are free to come up with better ideas on how to navigate the nation. 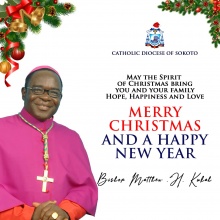 A NATION IN SEARCH OF VINDICATION

Tragedy struck at the boarding Govt Science Secondary School Kankara Katsina state recently. Bandits who abduct for ransom reportedly shot their way into the school in broad daylight and herded over 600 students to their hideout. 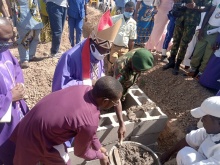 1st Sunday of Advent is a remarkable day in our lives today and significantly finding our selves in the military barracks, where the Gospel of the day talks about been vigilant. A call to every humanity to be vigilant.

The Bishop in his homily said "Nigeria is a country where everyone has freedom to practice his or her religion but only in Nigeria again you are deprived of place of worship in a Federal institution". He thank Brig. Gen. OM Bello for the love and understanding he has for the church. 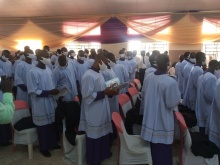 Thirty-Seven men, many of them married, were commissioned as Catechists at the Catechetical Training Centre, Malumfashi, Katsina State, Northwest Nigeria.

The Centre is owned by the Catholic Diocese of Sokoto, Northwest Nigeria. It admits and trains Catechists as first agents of evangelization. The candidates are drawn from different Catholic Dioceses in the country.

Catholic Bishop of Sokoto, Northwest Nigeria Most Reverend Matthew Hassan Kukah has admitted 3 youngmen into the order of priesthood for the Diocese.

The ordination took place at Malumfashi, the heartland of the marginalized maguzawa ethnic group in Katsina state, with predominantly muslim population. The Maguzawa are majority Christians.

The 3 new priests are themselves of the Maguzawa ethnic group. The ordination has now raised the number of Maguzawa priests to about 10.

Pope Francis leaves after celebrating a Mass on the feast of Christ the King in St. Peter’s Basilica at the Vatican Nov. 22. (CNS/Reuters pool/Vincenzo Pinto)

Rome — Pope Francis has strongly defended his record on naming women to positions of authority at the Vatican, saying in a new book that women do not need to be priests to serve as leaders in the global Catholic Church.

Fr. Blaise Agwon of Nigeria tells Aid to the Church in Need that the conflict is more about resources than religion.

Aid to the Church in Need (ACN) recently interviewed Father Blaise Agwon, director of the Center for Dialogue, Reconciliation and Peace in Jos, the capital of Plateau State in the central belt region of central Nigeria.The Nigerian priest is currently researching conflict and peace management. 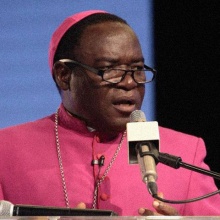 Sermon on the Feast of Christ the King, Bishop Matthew Hassan KUKAH, Catholic Bishop of Sokoto, Nigeria (Long and enriching)

An advocate for Christians in the Near East sees the same kind of patterns that threatened them now being repeated in Nigeria and elsewhere in Africa. 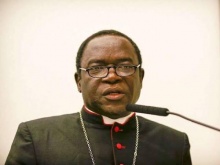 NIGERIA AT 60: A CALL TO HOPE
Independence Message by Bishop Matthew Hassan KUKAH, Catholic Bishop, Diocese of Sokoto on October 1, 2020

The Catholic Bishop of the Sokoto Diocese, Reverend Bishop Mattew Kukah, has commended the people of Edo State for their conduct during the state’s governorship election on Saturday.

According to him, the people have left a legacy of efficiency which the entire country can emulate.

“The way they conducted themselves and I think in every sense of the word, they left us a legacy of efficiency,” he said on Tuesday during an interview on Channels TV’s Sunrise Daily.