Faith Based Media as Catalyst for Citizens Formation and Reintegration

Faith is synonymous to the Mother Church. The word FAITH denotes the Holy CATHOLIC AND APOSTOLIC CHURCH founded by Christ. A faith based media implies an organization whose values are based purely on the particular Faith professed by the Founder(s) which has a mission based on beliefs, values, orientation, background and doctrines.

Faith Based Organization are in most cases run as charities as against being driven by profit motives. Such Faith Based initiatives with the help of God can become the habinger of positive changes in terms of attitudes and orientation. It can precipitate the occurrence of laudable events. A faith based Media tend to emphasis good prayer life, devotions sanctity of life, Holy Matrimony, harmony, religious knowledge, avoidance of sins, love of neighbor, peaceful co-existence, shunning of violence, malice, hatred, envy, pride idolatry, covetousness etc.

It is an incontrovertible fact that children who are products of good homes/family bring good tidings to their communities and by extension to their nation.

Coming nearer home, a Nation like Nigeria with so much insecurity, joblessness, poverty, etc would definitely benefit from Faith Based Media outfit bringing good tidings and hope to an otherwise hopeless situations that we currently face. As against the violence, promiscuousness, opulence, corruption, nepotism, bigotry, God-Fatherism, and self centeredness permeating the Nigerian Landscape, a faith based media could be the lone voice in the wilderness of reason, caution and Godliness. You see so many obscene and morally bankrupt scenes on our TV sets lately.
The Bible says “righteousness exalts a nation and that sin is a reproach to any generation”. Proverb 14:34. There seems to be a relationship between the orientation of a media outfit and the sort of contents that comes from such organization. A Faith Based Media will naturally broadcast Faith inspired programmes – all things being equal.

ROLE OF FAITH BASED MEDIA IN CITIZENS FORMATION AND REINTEGRATION

The word Formation brings to mind Seminaries, Religious Novitiates, Monasteries etc. Within the church, we hear on regular basis, such expressions as Priestly formation, Formation Houses etc and what comes to mind is a place where young men and women who have been called by God to dedicate their lives fully to his service are formed through rigorous training, tests, and grooming towards their emergence as Priests and Religious.

In the same vein, Citizens   Formation is the coming into being or the evolution, development, and shaping of the citizenry towards good neighbourliness, Godliness and righteousness.

Faith Based Media if properly deployed can become the change agent in the direction earlier postulated such as Godliness and love of neighbor, etc.

To desire an action plan or process of integrating someone back to society towards making such persons whole again within the community or Nation, implies disintegration had occured from an existing State of integration.
Faith Based Media by projecting through their broadcast contents that are in conformity with God’s plans can positively facilitate citizens’ formation in such ways that reintegration of the way-ward and backsliders to God and community becomes achievable.

IDENTIFICATION OF FAITH BASED MEDIA TOOLS

Faith Based Media used different tools to reach their target audience particularly through Mass Media which can be defined as diversified collection of media technology that has the capability of reaching wide and varied audience across the globe in different time zones. Such technologies are Television, Radio. Films/Videos etc. In the last two decades or thereabout, digital media through internet and mobile mass Communication has enhanced the use of emails, websites, internet radio/TV and lately Social Media – facebook, Whatsapp, instangram, tweeting.

In addition to the above are the time tested art of Newspaper publishing like Catholic Herald, independent, Chronicler, Lasserva Forte, movies, etc. the generation of the above tools and means, constitutes what is generally referred to as Mass Media Communication. The moment a religious Organization and or a lay faithful establishes an outfit using one or more of such tools and means, such will be referred to as  A Faith Based Media.

Examples of such Faith Based Media are Vatican Radio/TV, Eternal Word TV Network (EWTN) Shalom Catholic TV, of   Canada CTV and Lumen Christi Catholic Television Network established by a lay Faithful for the spreading of the Gospel of Christ as well as the propagation of the Faith of the Mother Church in Africa and beyond.

CHALLENGES OF THE FAITH BASED MEDIA

Having convincingly presented “Faith Based Media” as a viable tool in citizenship formation and reintegration, may I with all sense of humility enjoin the Authorities of the Mother Church in Africa to critically reassess their strategies in the area of communication towards providing requisite support in this new age of Tele-evangelization.

An average Directorate of Social Communication across our Dioceses should be able to boast of a standard studio of at least 12 square meters and operating video cameras, editors etc.

I recall my letter to the Catholic Bishops’ Conference of Nigeria (CBCN) informing them of my intention to establish Lumen Christi Catholic TV and advising that the various Directorates of Social Communication could serve as correspondence/sources of News and happenings in their respective Dioceses for free broadcast on Lumen Christi TV. Sadly, only one or two could do in-house!

Regrettably even as we look forward to the 5th Anniversary of the founding of Lumen Christi TV we are compelled to still travel up and down (we just came back from SECAM events at Kampala Uganda) The reception was awesome as I never knew we had such large viewers outside Nigeria. we were informed by Bishops of different African Countries and lay faithful that millions of Catholic across Africa inclusive of The Franco phone and Portuguese ones watch Lumen Christi. We are seriously looking at how to subtitle our contents in French in order to aid their viewing experience spiritually.

Physically we do our recordings of Ordinations, Episcopal Installations, Bishops’ Conferences, and general News gathering ourselves as majority of the Directorates of Communication will tell us they lack funds. For a Catholic TV Network that neither takes adverts nor make profit, the Mother Church in Nigeria and by extension in Africa are expected to take pride in her existence and assist this initiative as much as possible as the scenario elucidated above, is actually impacting negatively on the limited financial resources of the Founder.

In the light of the foregoing,  I most humbly crave the indulgence of His Lordship, The Auxiliary Bishop of Onitsha, Most Rev Denis Isizor, who it has pleased God to occupy the seat of Chairman of the Catholic  Bishops’ Conference of Nigeria, Directorate of Communication to kindly plead the cause of the Directorates of Social Communication in the various  Dioceses for requisite funding at the next meeting of CBCN. I also appeal to Rev. Fr. Ralph Madu - Secretary General of the Catholic Secretariat and Fr. (Dr.) Chris Anyanwu, the National Director of Communication at the Catholic Secretariat to also be of assistance.

Finally, I thank God for the privilege to present this paper. I have warmly enjoyed the presentation and wish to thank you all for the honour of giving me your rapt attention..

Once more, we warmly welcome you to Our Lady of Fatima Complex home of Africa’s first Catholic Television Network and Clementine Resort Hotel and Cinemas.

May Our Mother Mary continue to intercede for us all through Christ our Lord. Amen 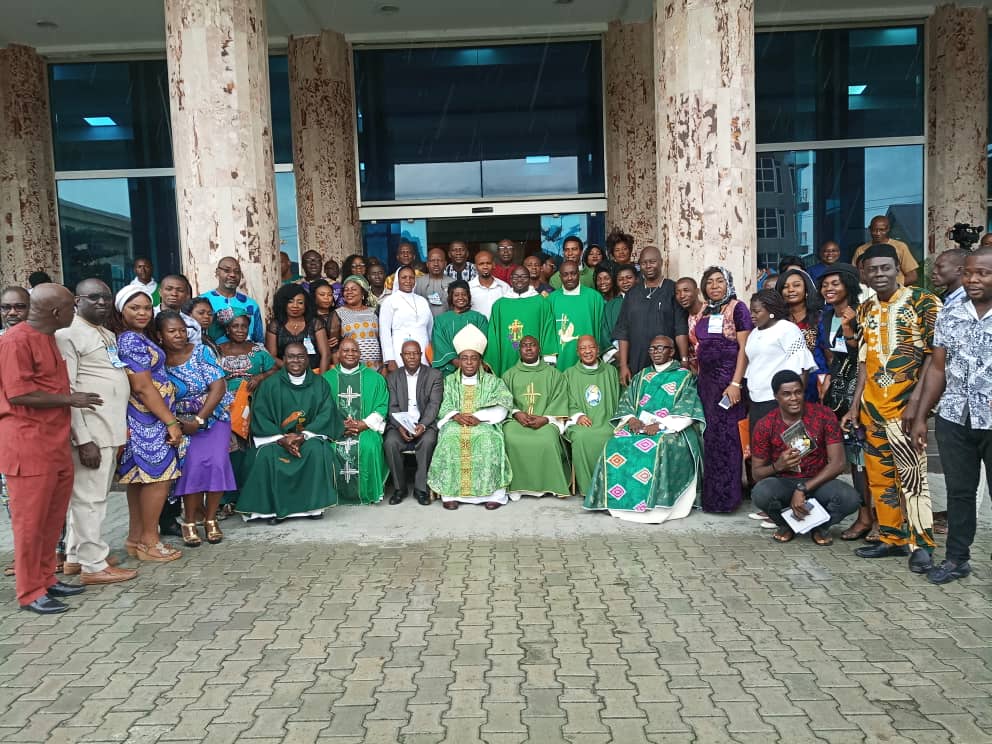 This paper was presented at the maiden convention of Catholic Media Practitioners Association of Nigeria (CAMPAN) on August 3rd, 2018 at Cementine Resort, Lekki, Lagos.