Nigeria: A Broken Nation In Need Of Mending 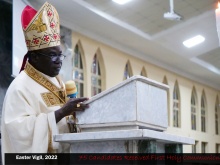 Nigeria: A Broken Nation In Need Of Mending By Matthews Otalike in Sokoto 17th April, 2022 Nigeria has been terribly battered and buffeted by men and women from the dark womb of time that Nigerians can no longer recognize their country and it is no long necessary to ask how Nigerians got to where they are. This was part of the Easter Message of the Catholic Bishop of Sokoto, Most Reverend Matthew Hassan delivered in a homily at the Easter Vigil Eucharistic celebration at the Holy Family Catholic Cathedral, Sokoto. He said: “The real challenge is how to find the slippery rungs on the ladder of ascent so we can climb out. Yet, we ask, ascend to where? For us as Christians, ascent is to the loving embrace of the resurrected Christ who is Lord of history. “One would be tempted to ask, what is there to say about our tragic situation today that has not been said? Who is there to speak that has not spoken? Like the friends of Job, we stare at an imponderable tragedy as the nation unravels from all sides. The government has slid into hibernation mode. It is hard to know whether the problem is that those in power do not hear, see, feel, know, or just don’t care. Either way, from this crossroad, we must make a choice, to go forward, turn left or right or return home. None of these choices are easy, yet, guided by the light of the risen Christ, we can reclaim our country from its impending slide to anarchy”. The Prelate further said, “The greatest challenge now is how to begin a process of reconstructing our nation hoping that we can hang on and survive the 2023 elections. The real challenge before us now is to look beyond politics and face the challenge of forming character and faith in our country. Here, leaders of religion, Christianity and Islam, need to truthfully face the role of religion in the survival of our country. The Nigerian Constitution has very clearly delineated the fine boundaries between religion and politics. Yet many politicians continue to behave as if they are presiding over both the political and the spiritual realms in their states rather than governing in a Democracy”. Bishop Kukah believes that the challenge the religious leader is to know that the welfare of citizens constitutes the cornerstone for measuring the legitimacy of any political leader. As such, religious leaders must focus more on the issues of welfare, safety and security of ordinary citizens. They must raise their voice when these rights are being trampled upon as a leader must know when to call Caesar a fox and not a horse (Lk. 13:32). The Bishop emphasized that the greatest challenge for Nigeria is the prospects for the reconciliation of our people rather than the 2023 elections. “Here, the Buhari administration sadly has divided our people on the basis of ethnicity, religion, and region, in a way that we have never witnessed in our history. This carefully choreographed agenda has made Nigerians vulnerable and ignited the most divisive form of identity consciousness among our people. Years of friendships, cultural exchange, and collaboration built over time have now come under serious pressure from stereotyping. Notwithstanding these challenges, religious leaders must recover and deploy their moral authority and avoid falling victim to the schemes of politicians and their material enticements”. Today, he lamented, the “values of Interfaith dialogue have come under severe strain and pressure with extremists from both sides of our faiths denigrating the idea of dialogue with their counterparts of other faiths. Ignorance and miseducation have combined with prejudice to create the falsehood that somehow, one religion is superior to the others. With so many ill equipped fraudsters posing as religious leaders, there is an obsession with defaming the others and widening our differences”. It is the reason he added that religious leaders must face the reality that in Nigeria and elsewhere around the world, millions of people are leaving Christianity and Islam. “While we are busy building walls of division with the blocks of prejudice, our members are becoming atheists but we prefer to pretend that we do not see this. We cannot pretend not to hear the footsteps of our faithful who are marching away into atheism and secularism. No threats can stop this, but dialogue can open our hearts”. He said both Pope Francis and the Grand Imam of Al-Azhar Mosque, Egypt, Shaikh Mohammed Al-Tayeb met in 2009 and signed the Document on Human Fraternity. The Pope he said “followed up with the publication of an Encyclical titled, Fratelli Tutti, ‘We are all Brothers’, in 2020. The following year, the United Nation’s General Assembly declared February 4, World Day of Fraternity. Both leaders agreed that: ‘We need to develop the awareness that nowadays, we are either all saved together or no one is saved. Poverty, decadence, and suffering in one part of the earth are a silent breeding ground for problems that will end up affecting our entire planet.’” Most Reverend Matthew Hassan Kukah said “Nigerians should start thinking of a Nigeria beyond banditry and kidnapping and the endless circles of violence that have engulfed our communities and nation. We cannot continue to pretend that there are no religious undertones to the violence in the name of God that has given our religions a bad name. The way out is for the state to enforce the secular status of the Nigerian state so as to give citizens the necessary freedoms from the shackles of semi-feudal confusion over the status of religion and the state in a plural Democracy. We must be ready to embrace modernity and work out how to preserve our religions and cultures without turning religion into a tool for tyranny, exclusion, and oppression”. 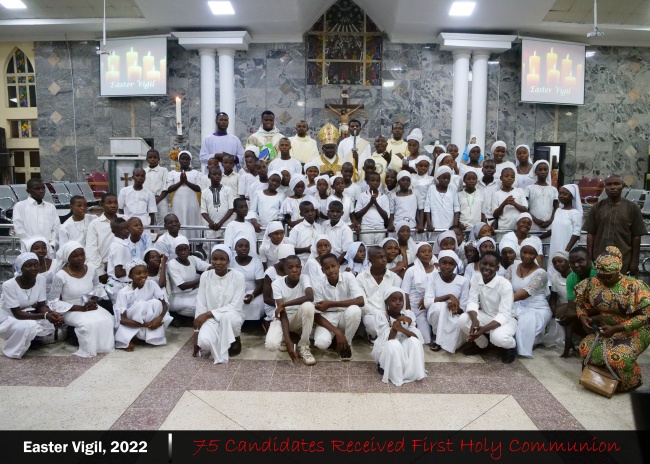 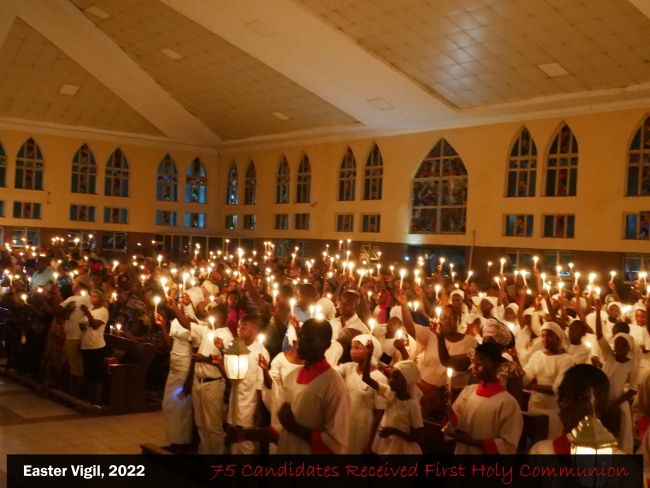 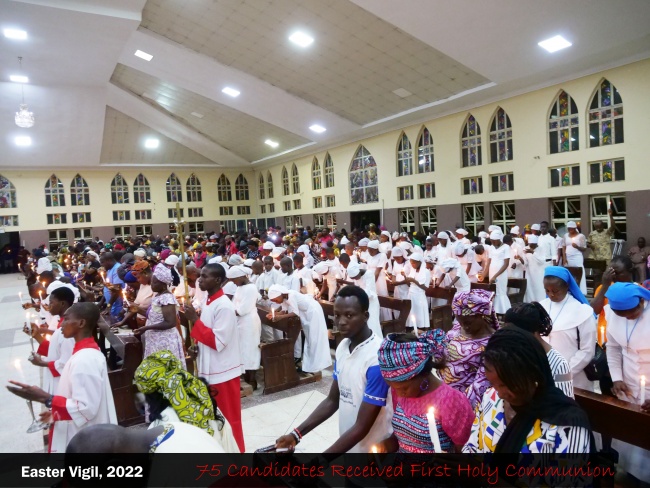 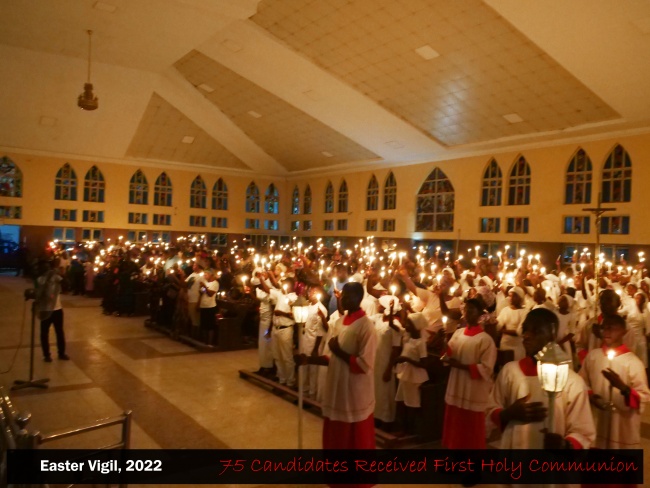 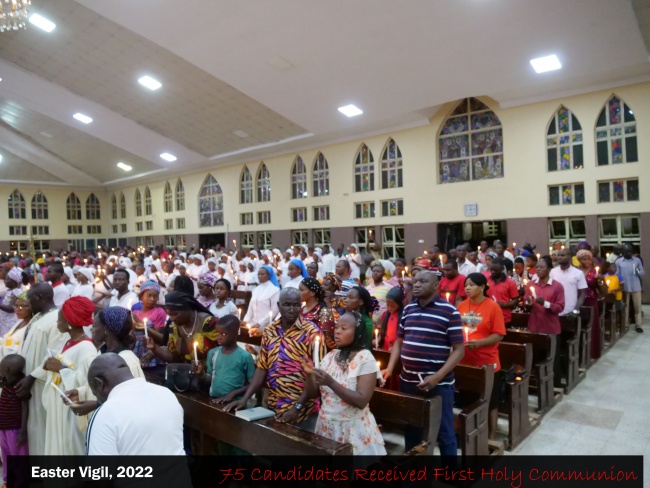 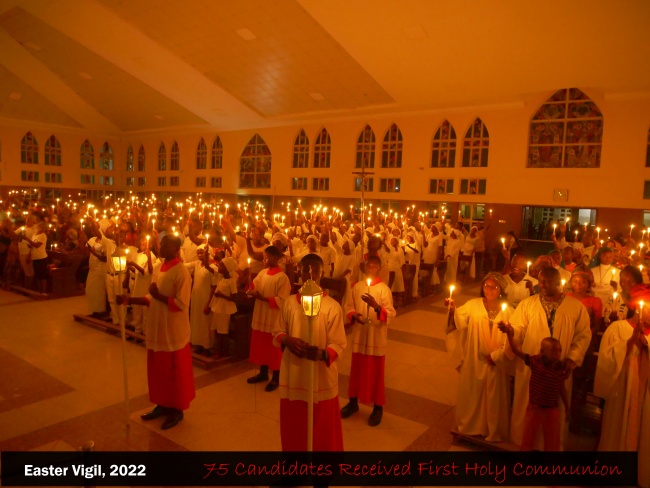 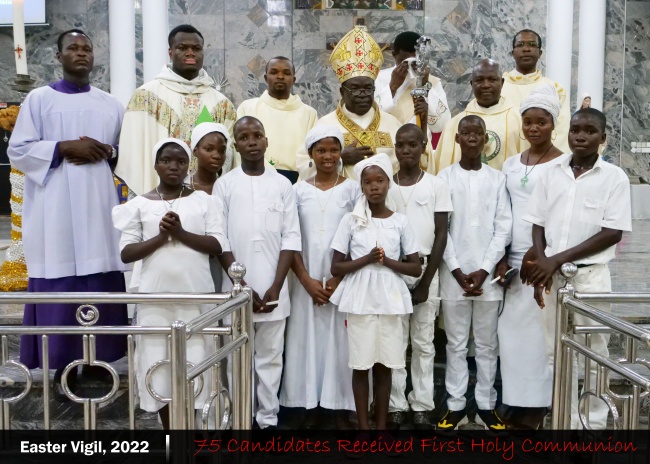 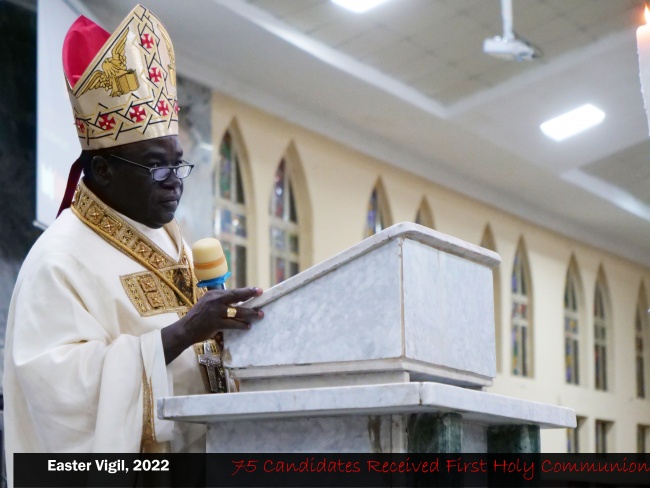 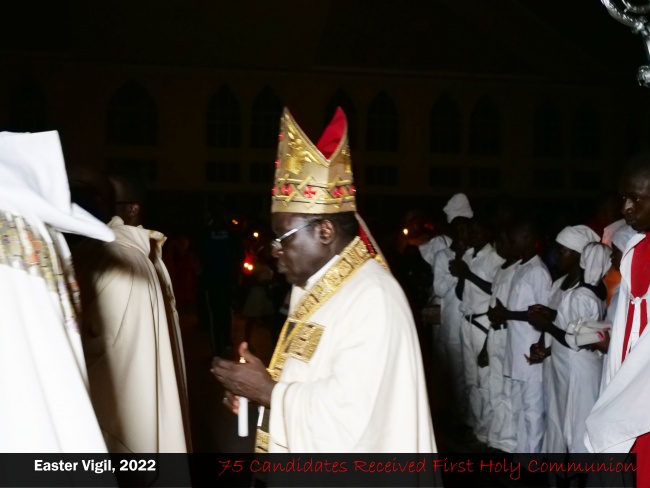 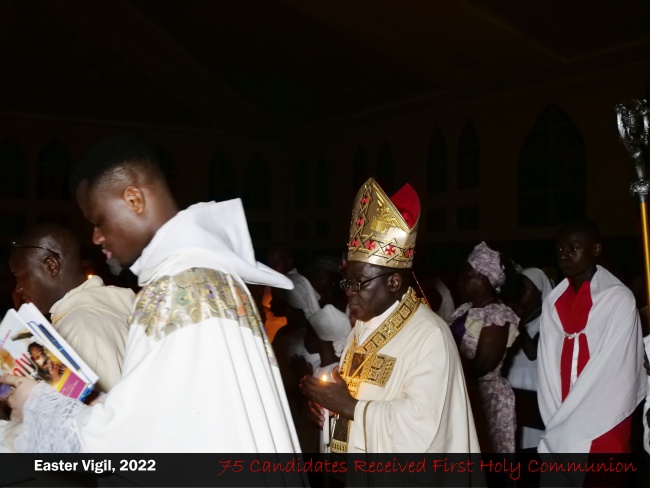 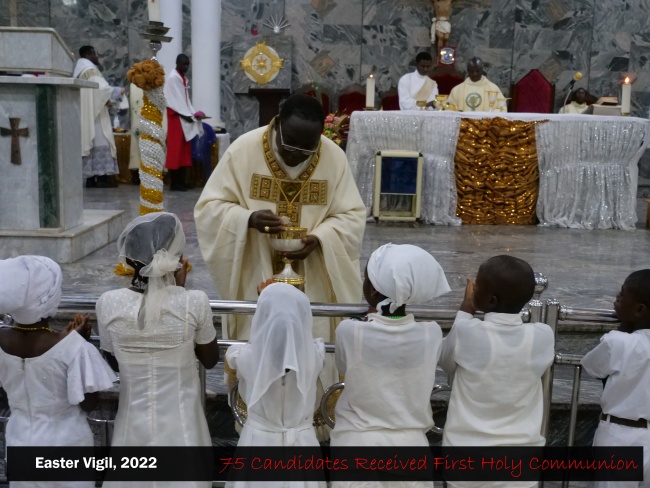 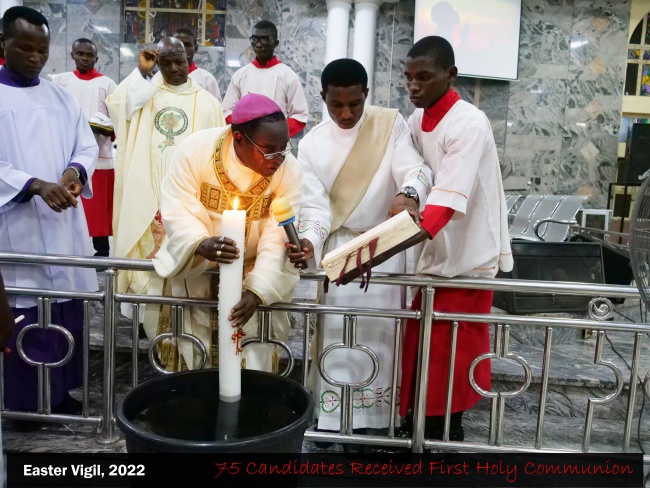 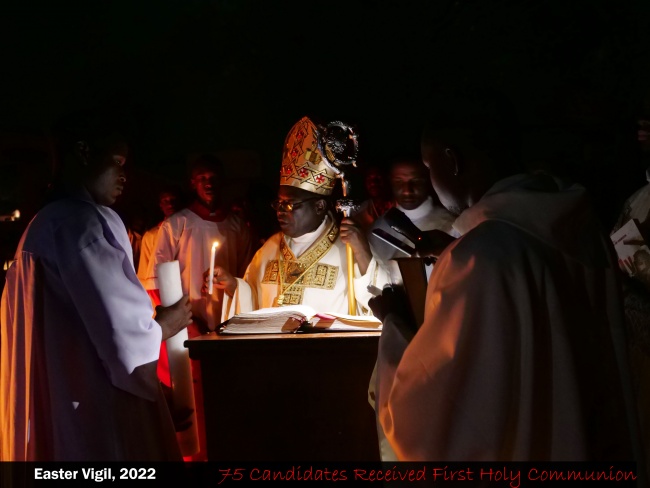 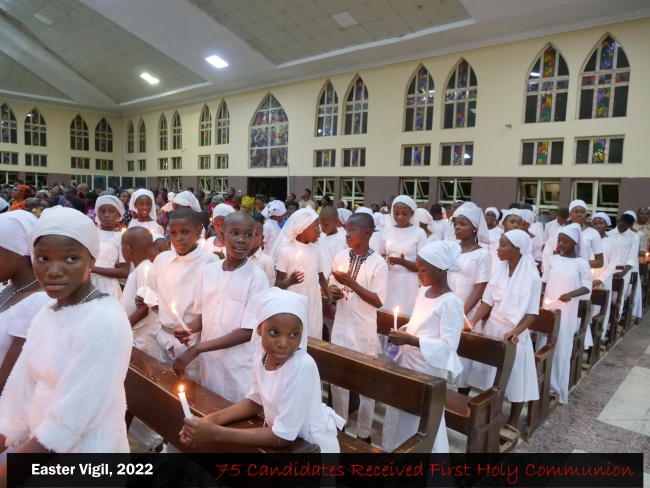 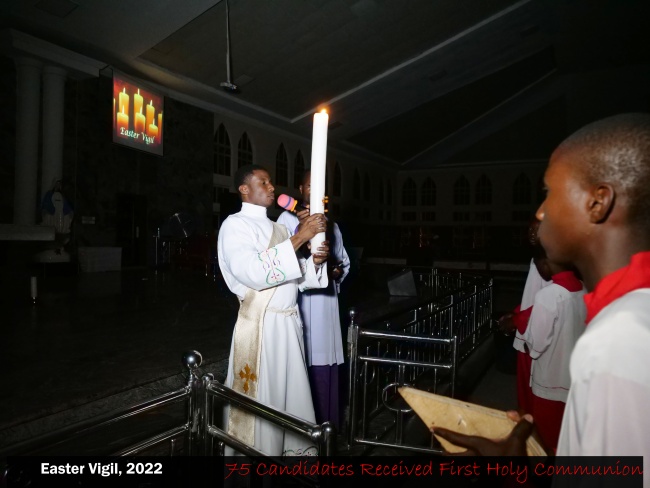