‘Not All Who Come To Church Have The Spirit Of God’, Bishop Kukah 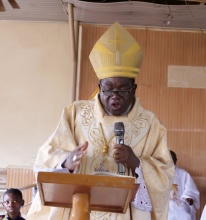 The Catholic Bishop of Sokoto Diocese, Most Reverend Matthew Hassan Kukah stated this in his homily during the Mass at Saint Kevin’s Parish in Sokoto where the sanctuary was set ablaze during the recent attack on some of the Church’s facilities.

He said the first martyr St. Stephen had the spirit of God and declared his vision of heaven but that his villifiers refused to hear the truth and closed their ears. He said closing of ears to the truth is even more prevalent today in Nigeria to the extent that if truth is told, people will attribute the voicing of such truth to mundane reasons.

Although a metaphor, Bishop Kukah said that is what people do when they don’t want to hear the truth. He said people can be guilty by silence by refusing to speak out when injustice is being perpetrated. That he further stated, explains the attitude of Nigerians who only responding to happenings in the country based on how they interpret it and how it affects them.

He said sometimes, good does come out of evil. For that reason, there is need for patience because has many ways of solving our human problems. He advised all Christians, families and individuals who have challenges to learn to not only pray and trust God to answer them; they should also learn to listen.

He said God is not bound by time, so those who pray to him should not give him ultimatum.

He said Christians suffer persecution no doubt, but that nothing should move them to want to retaliate such persecution. God’s message or Christianity is not an easy religion and message. What to do is to constantly be on our knees in prayer so that we don’t become social Christians who come to church but live by their traditions.

“When Jesus came from heaven to earth, he did not leave heaven spiritually; and when he left earth to heaven physically, he never left the world”, the Bishop stated.

Nigerians are living in a sea of corruption and all those clamouring for their own people to occupy lucrative political offices are only seeking to participate in the corruption. He said all should continue to pray so that all forces of darkness behind the evils and atrocities ravaging Nigeria will not achieve their aim of bring despondence on Nigerians.

The Holy Childhood Association celebrated their Children day today in the church by partaking in the mass. The children took over the activities in the church such as Singing, Serving of the Mass and Readings. The bishop encourages and thanks the facilitators for putting much effort to prepare up the children. In thanksgiving for the celebration of their day, the children brought brooms and parkers to thank God. Knowing well that these items were all burnt down during the last attack in the church.

It was the first time Most Reverend Matthew Hassan Kukah presided at the liturgical celebration in St. Kevin’s Church since the sanctuary and many facilities in the Church were torched by an irate mob two weeks ago. 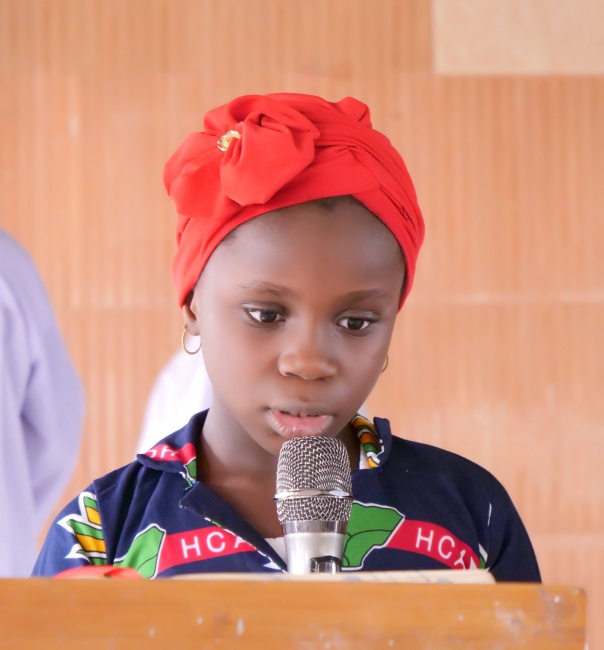 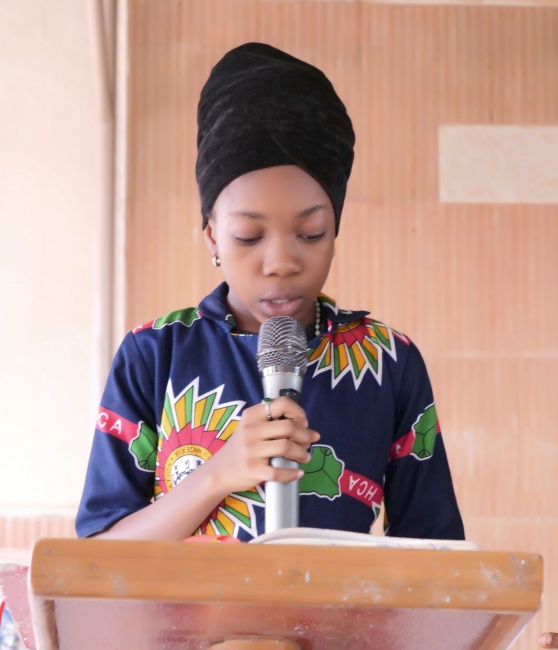 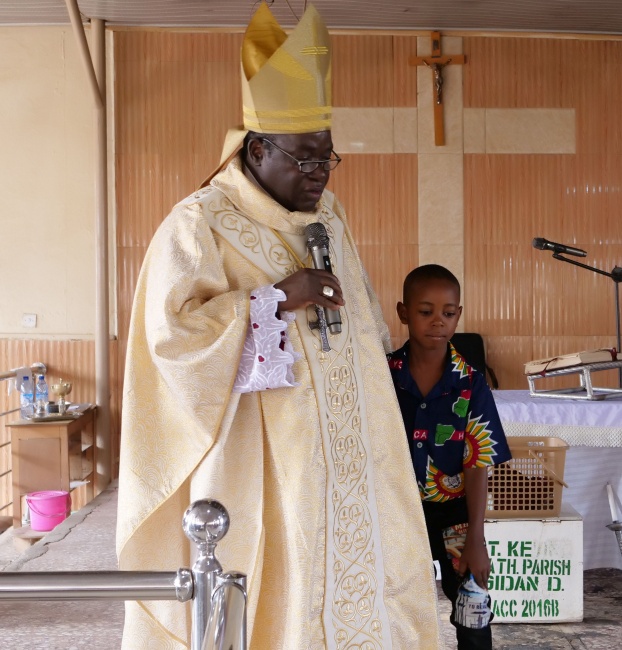 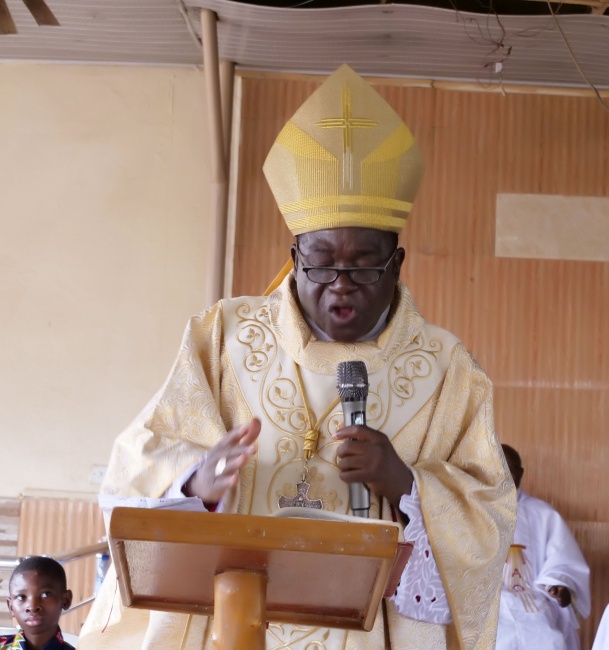 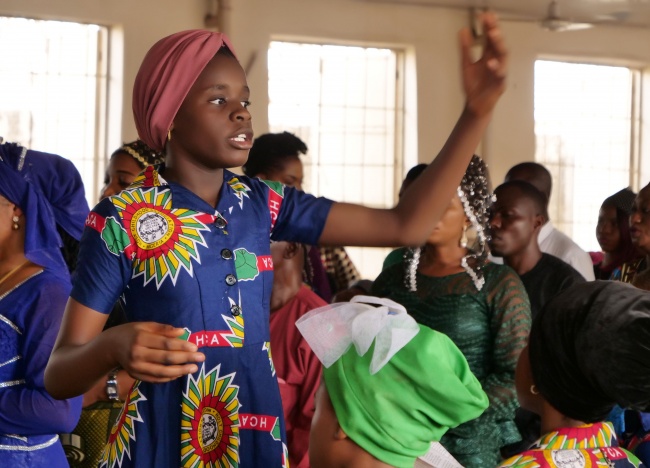 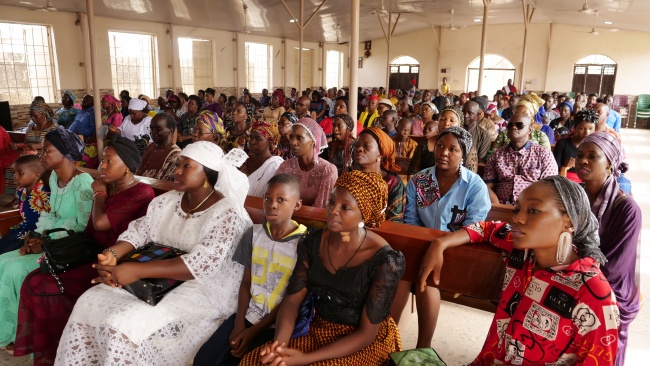 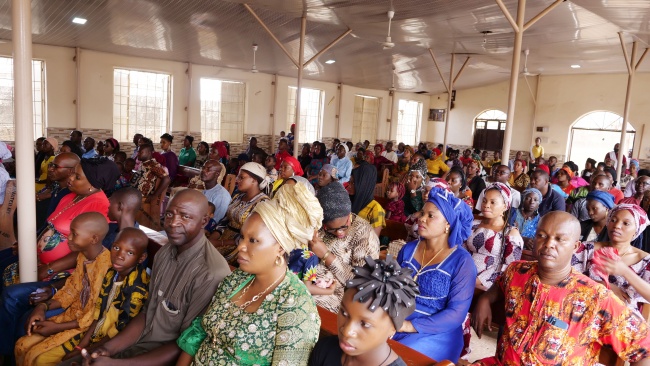 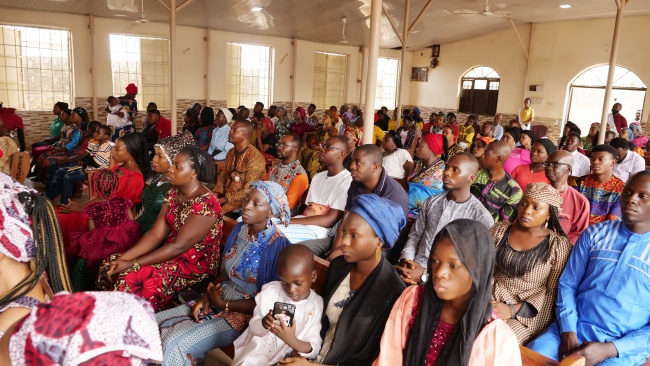 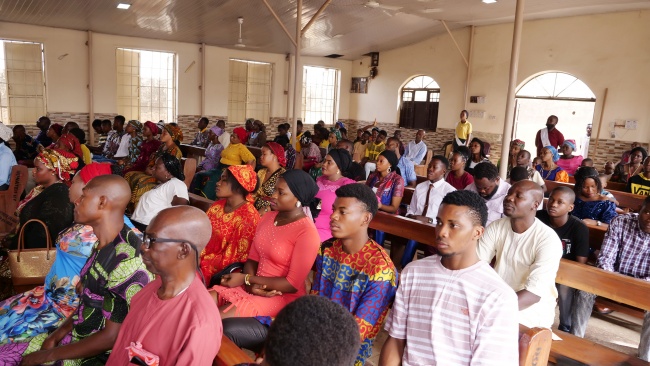 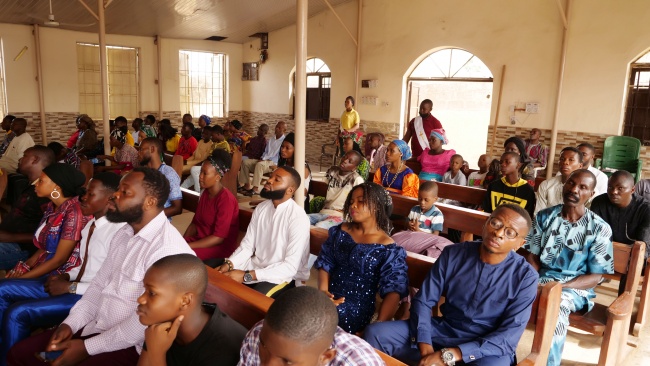 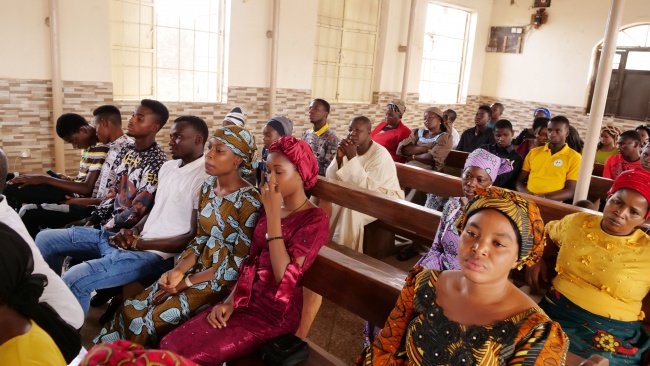 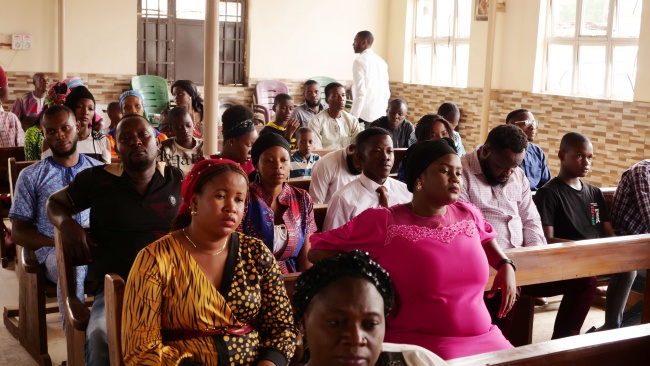 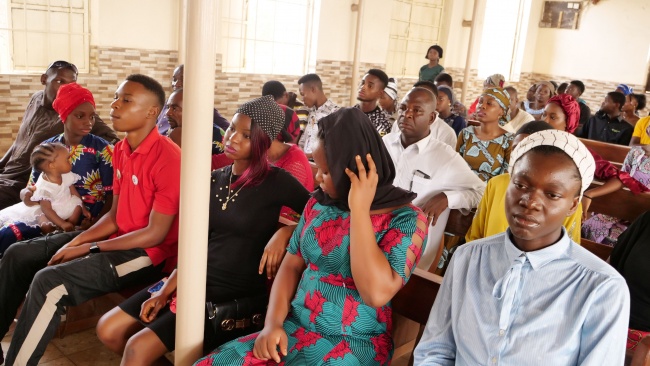 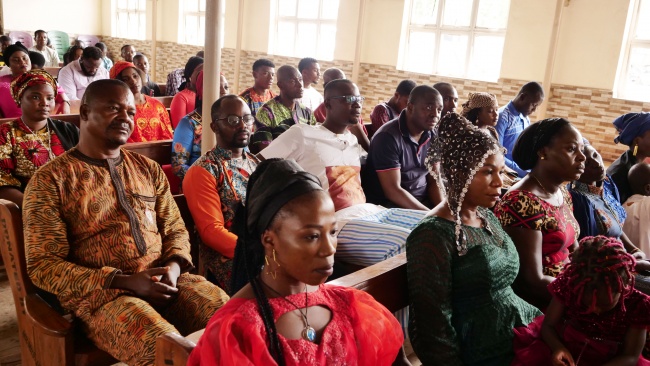 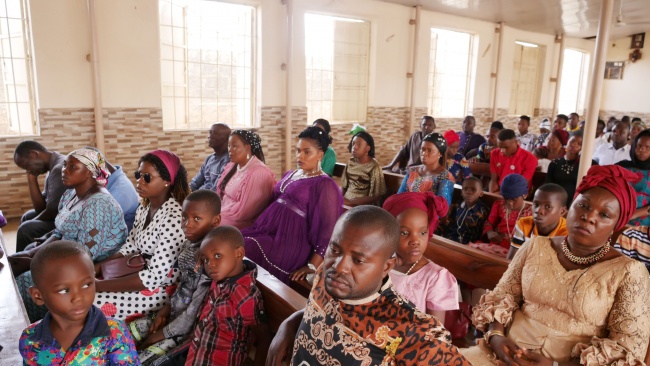 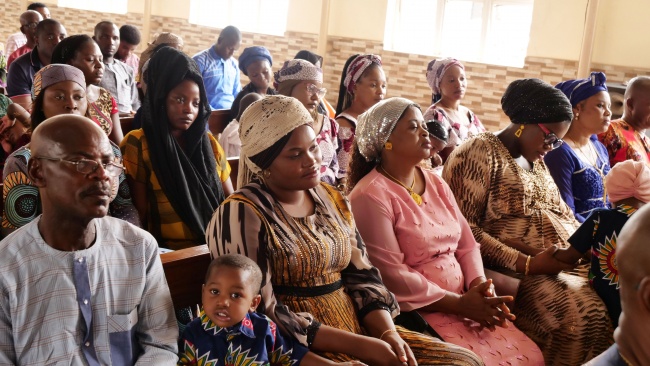 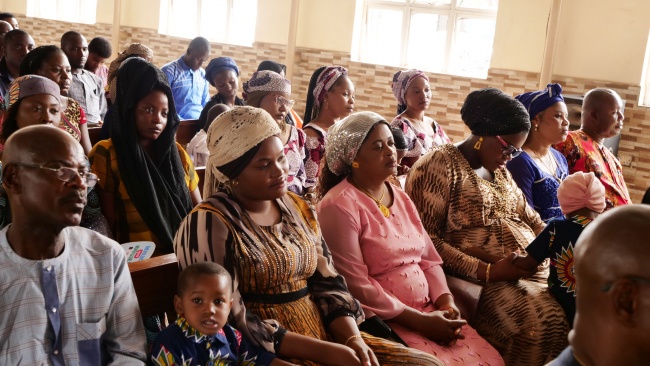 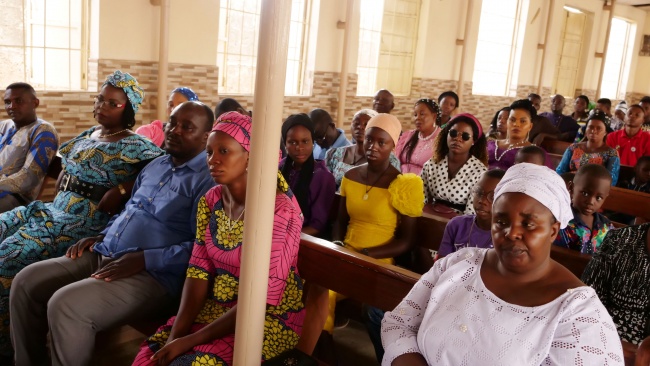 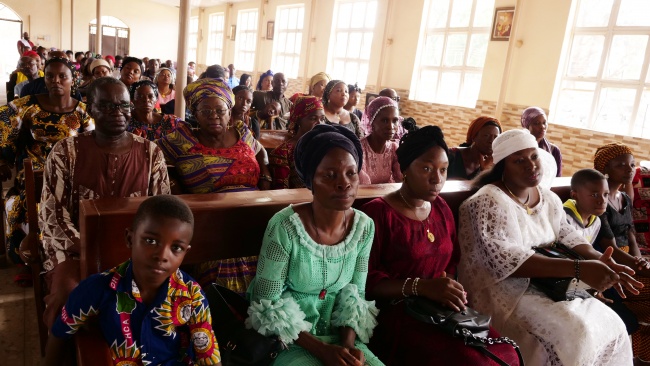