The Catholic Church is not a Church of discounted spirituality.

This declaration was part of a homily by the Catholic Bishop of Sokoto Diocese, Most Reverend Matthew Hassan Kukah during the Chrism Mass at the Holy Family Cathedral, Sokoto.

The Church he said does not go around with magical first aid boxes of emergency divine healing properties.

He said the Church does not quarrel with people who peddle such deceit but will not allow such fraudsters to infiltrate her as miracle workers and healers of dubious intent in search of quick glorification.

The Prelate came hard on miracle peddlers saying: "The Catholic Church is not a Church for hoisting magical items of clothing or all kinds of candles".

He further said, "Some of the priests and Catechist's or men who are wolves in Sheep's Clothing are, in the long run, proving to be more dangerous to the Church than those who have rebelled against the Church".

Bishop Kukah said he believes in the healing power of prayers and encourages priests and the lay faithful to pray for every need within the boundaries of Catholic doctrine.

He urged the faithful to set their sight on the Holy Week. He explained that the Chrism Mass, an event of Thursday was brought to Tuesday in Sokoto Diocese "because of distance".

Most Reverend Kukah priests were ordained to celebrate the Holy Eucharist, "a singular act by which the Priest, unworthy as he is, stands up on the altar and invokes the Lord to come down by the words of Consecration"

He said it is the most powerful human actions in human history, in obedience to the divine who said "Do this in memory of me".

The Chrism Mass he explained is a celebration of priesthood as a family of love and brotherhood. It's a celebration in which priests gather around their Bishops.

He commended the faithful and all those who make their work as priests easier and asked for more prayers and support for priests. 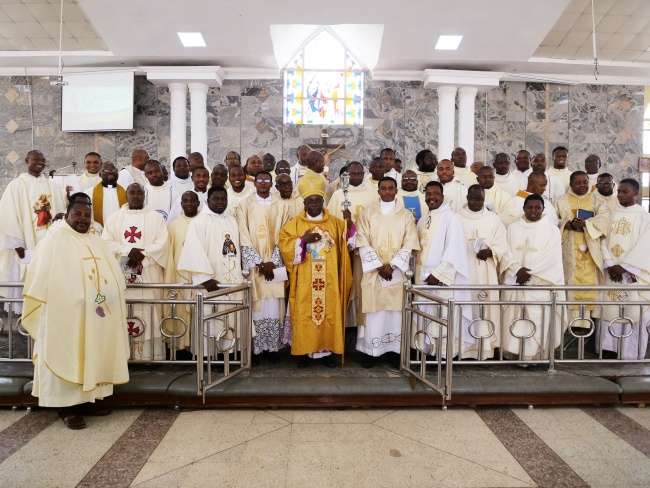