It was with great joy and happiness in the hearts of the Bishop, the Priests, Religious , and Lay faithful of the Catholic Diocese of Maiduguri as they welcomed the Papal Nuncio, His excellency, Archbishop  Antonio Guido Fillapazzi to the Diocese.

A courtesy visit to the Shehu of Borno who expressed delight over the visit of the Nuncio amidst the security challenges faced in the state. He further welcomed him and assured him of his tremendous support to the church in Maiduguri and for lasting peace between both religion. The Nuncio in his part, thanked the Shehu of Borno for the kind gesture shown to him and for the hospitality granted. His excellency, Archbishop Antonio Guido Fillapazzi presented a medal  to the Shehu unbehalf of the Holy Father  Pope over his endless support to the church in Maiduguri.

The Nuncio presided at the Holy Mass in the new Catholic Cathedral in Maiduguri.

and thanked the Bishop for inviting him over. He said the Holy Father extend his greetings to the people of Maiduguri Diocese. Also, appreciated the Augustinian Frs. from Ireland who brought about the existence of the Catholic Diocese of Maiduguri

The dedication of the church followed, by anointing the walls with Sacred Chrism, Incensing,  lighting of candles and then' the Eucharistic celebration. Towards the end of the Mass, some dignitaries were  honoured and  invested with Papal Knight (the knight of St Sylvester by His Lordship Most Rev Dr. Hilary Nanman Dachelem, they are: Honorable Peter Biye Gumitha, Dr. Joseph A. Jatau, Dr. Francis Zirra, Major Gen John Samuel Nzarwa (Rtd), Brig. Gen Sunday Igbindmuanhia. Also Papal Medal was awarded to Sir & Lady Charles Solomon Guary ( Papal knight).

A brief history about the cathedral  was read by the cathedral administrator Very Rev Fr Dr. John Bogna Bakeni from its 1st, 2nd,3rd and present stage, and thanked all who contributed to the building of the church.

The Vicar General appreciated all for their time and resources in making sure that the cathedral get to it present stage. His Lordship,  Most Revd. Dr Oliver thanked all who took out time to attend the ceremony and prayed that the blessings of God will never depart from them. The Holy Mass ended  with the final blessing from the papal nuncio. It was indeed a memorable event in the lives of the people of the people in Maiduguri diocese. 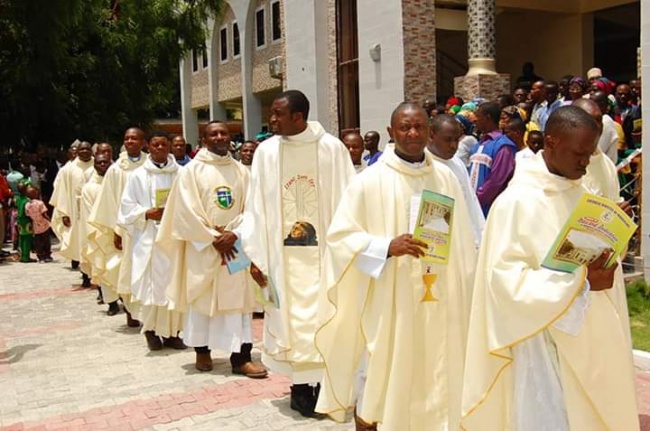 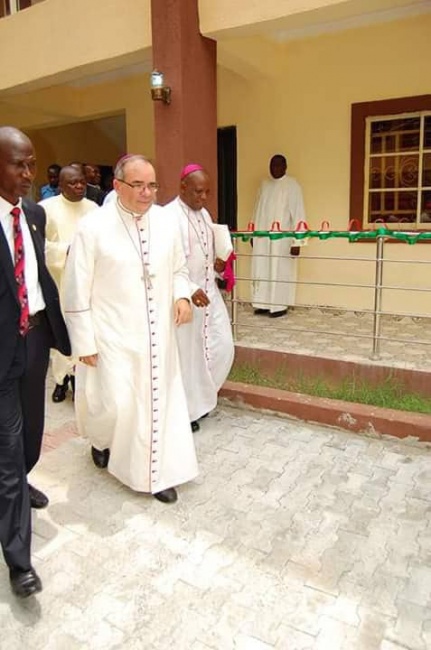 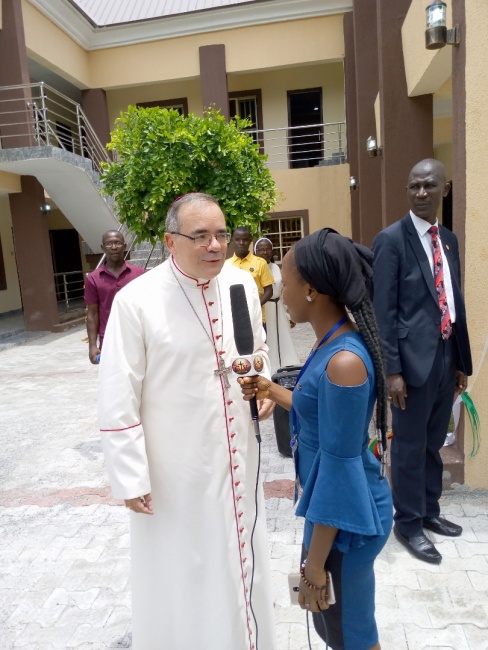 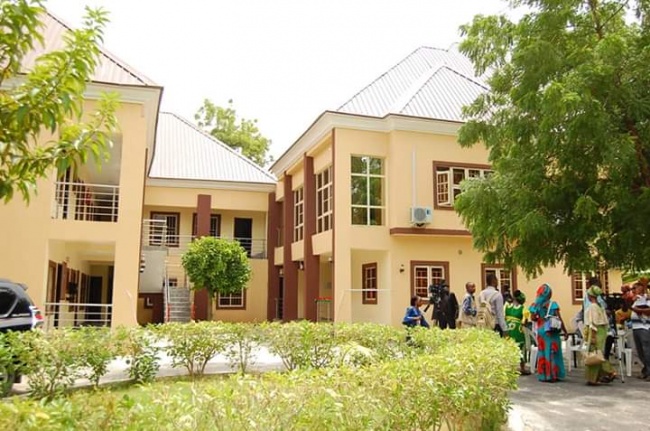