Arise and Shine - The Feast of Epiphany

THE THREE WISE MEN: Epiphany of the Lord is an important feast that comes shortly after Christmas, in the early days of January. The word Epiphany comes from Greek verb epiphainesthai, to appear and epiphaneia, which means manifestation (usually associated with a divine being). Thus, Epiphany is the manifestation of Jesus to the outside world. Epiphany also means a wonderful discovery or a great revelation. It is a remembrance of the coming of the Magi or the three Wise Men to the infant Jesus at Bethlehem. Generally, Epiphany is the manifestation of the infant Jesus to the gentile world, or to all non-Jews.

The Three Wise Men came from Persia, the present day Iran and their religion was Zoroastrianism. Many years before the birth of Christ, the book of Psalms prophesied that “The kings of Tharsis and the islands shall offer presents; the kings of the Arabians and of Saba shall bring him gifts: and all the kings of the earth shall adore him" (Psalm 71:10). Some ancient pictures depict these men in three colours – black, brown and white, to represent the different races of the world and to express the universality of the gentiles or non-Jews, as well as the all-embracing mission of Jesus. 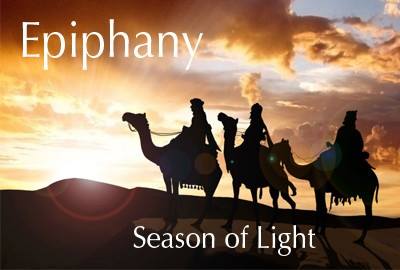 The story of the Wise men and their visit to the infant Jesus is very instructive. First, these Wise Men were experts in astrology and in the interpretation of dreams. They were also known as Magi, which is the plural form of the Latin word Magus, which means a Magician. It is interesting to see how their knowledge of astrology assisted them in tracing where Jesus was born. However, this natural skill was insufficient as they lost their way. This was why they went to the palace of Herod to make enquiries. The scribes and priests had to refer to the Holy Book to recall that a saviour was to be born in Bethlehem. Therefore, it was not only the stars, but also the light of the Word of God that led them to the stable where the child was born. The action of the Scribes and Priests in consulting the word of God goes to show that Jesus the Word of God made flesh is the way through which all those who are lost can find the right way. The Wise Men were knowledgeable people as their title suggests, but they were not omniscient and so their Natural endowment was not enough to bring them to God. This is to say that supernatural grace supplements natural knowledge in leading people towards God.

Secondly, we notice that these Wise Men were not Jews and yet they came to worship him. This is another sign that Jesus, the prince of Peace came to break the barriers of race, tribe, or religion. These Three Wise men were pagans who came to the land of the Jews to worship the Messiah. Does this story not speak loudly to our world of today where there are serious conflicts between Islam, Judaism and Christianity? These conflicts that exist between these three religions are a cause for concern. The East and West can look up to the three wise men as bridge

ARISE AND SHINE: Epiphany is also known as the feast of light to reflect the coming of the infant Jesus, light of the world. The prophet Isaiah asked his people to take advantage of this light by rising and shining. He says, “Arise, shine, for your light has come, and the glory of the Lord has risen upon you” (Isaiah 60:1). Similarly, Jesus instructs his disciples, “Let your light so shine before men that they may see your good works and give glory to your father in heaven” (Mat. 5:16). To Arise and Shine means you are to bloom wherever you are planted. To arise and shine also means that you can be better than who you are today and you can go further than where you are today.

Chrism Mass 2017 Sermon
LENTEN MESSAGE: THE FAST BEFORE THE FEAST
Christmas and Memories of the bombing of St Theresa’s Catholic Church, Madalla
DARK NIGHT OF THE SOUL
EXPERIENCE SPIRITUAL WILDERNESS