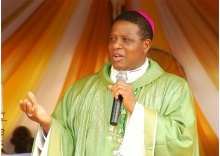 Just as Nigerians were beginning to see the tide start to turn against Boko Haram militants, a relatively new menace has arisen. Nigeria now has to grapple with the increase in violent clashes blamed on Fulani herdsmen. Communities in Nigeria, particularly those in the North Central and Southern states of Nigeria are coming under constant attacks.

On 25 April this year, suspected Fulani herdsmen launched perhaps one of their deadliest attacks ever in Uzo-Uwani Local Government Area of Enugu State. They attacked seven villages of Nimbo Ngwoko, Ugwuijoro, Ekwuru, Ebor, Enugu Nimbo, Umuome and Ugwuachara. Several houses, Churches, vehicles and animals were destroyed. The number of those killed varies. Local media spoke of a bloodbath in which 60 persons were killed. Others put the figure at 150 persons. Since then attacks, though not a similar scale, have continued on a regular basis.

A few days ago, on 26 September, suspected Fulani herdsmen were said to have been behind the kidnap of the Rector of Nigeria’s Tansi Major Seminary, Fr. Emmanuel Dim. When he was kidnapped, Fr. Emmanuel was travelling in a vehicle from Nssuka together with two other priests. Fr. Dim was later released. Church authorities said no ransom was paid. Fr. Dim’s two companions were said to be nursing injuries.

The Bishop of Nsukka Diocese in Nigeria, Godfrey Igwebuike Onah has found himself at the centre of it all by virtue of being the shepherd of the diocese.

In a candid interview with Vatican Radio’s Africa Service, Bishop Onah said he is not entirely satisfied with the response of the Federal Government of Nigeria to the growing insecurity in the area.

“We have a Northerner, a Fulani, Muslim as President. For his own credibility in the country, he needs to come our clearly and firmly … clearly and firmly and protect the lives of Nigerians no matter where they live,” Bishop Onah said.

The Bishop, however, expressed sympathy for security personnel in Nigeria.

“In all fairness to the Police in Nigeria, we see them expose themselves every day to great danger without much to show for it in terms of equipment or even remuneration and one would not blame them if they run at the first possibility. Many of them have been heroic…,” Bishop Onah adds.

Asked about an appropriate Church response under the circumstances, Bishop Onah says he is bewildered that the insecurity is not being brought under control.

“The Church finds itself in a very difficult situation. One; we are providing immediate solace and comfort to those who are constantly terrorised and butchered without respect by fellow Nigerians, supposedly…then (we also) are preaching to Nigerians and the government to do the right thing for the conversion of hearts and accept the fact that we are all Nigerians within a multi-ethnic and multi-religious environment,” said Bishop Onah.

Bishop Onah also criticised foreign governments who profit from the “so-called” Small Arms and Light Weapons sold to Africa and for politics that lead to the impoverishment of Africa. He had these words: “The world has everything to gain from a stable, wealthy Africa because, by the time you have hundreds of young people who have nothing to lose because they have been impoverished, every part of the world will feel their anger because you cannot negotiate with a person who has nothing to lose.